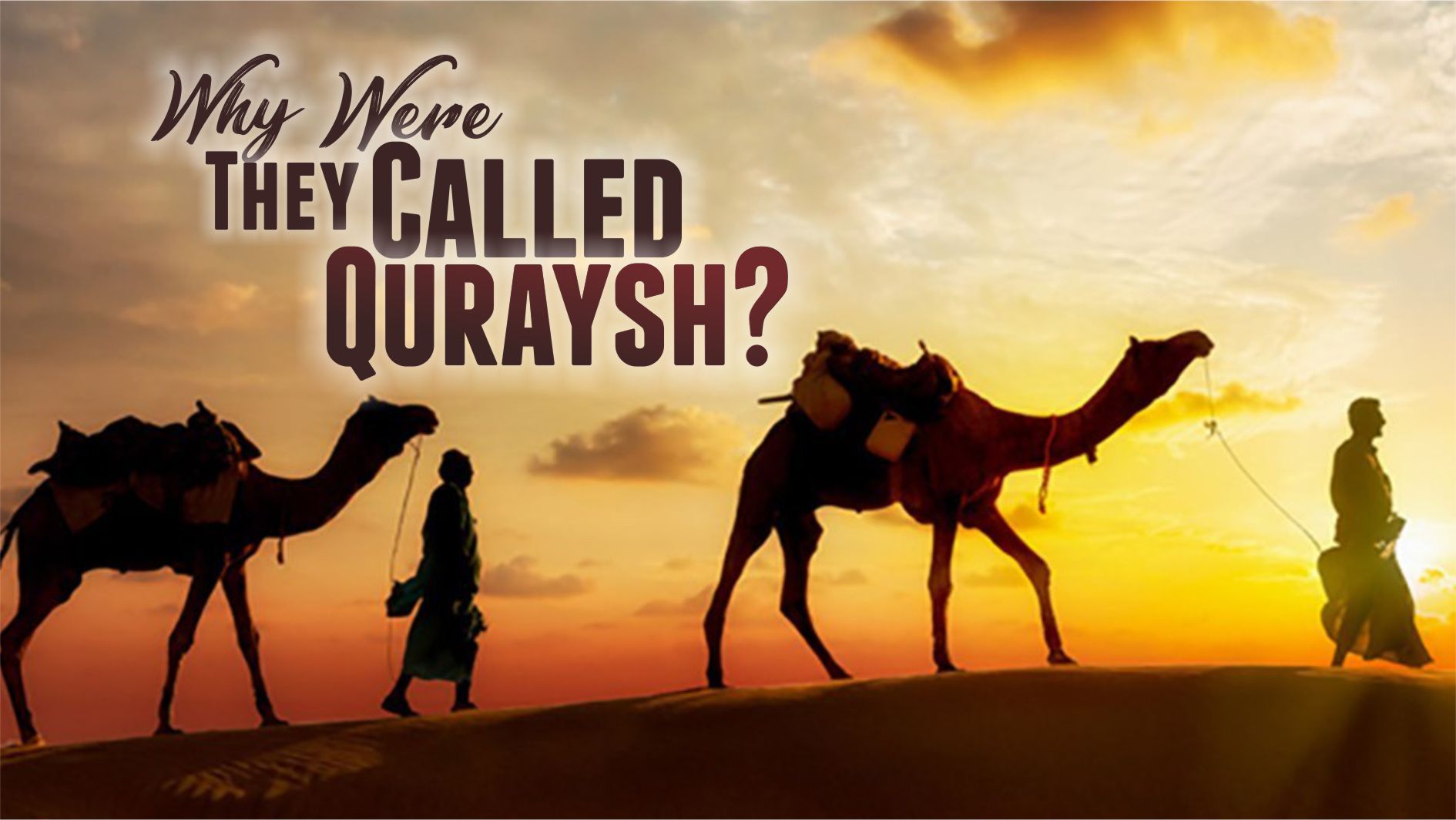 WHY WERE THEY CALLED QURAYSH?

The epithet of Prophet Muhammad ﷺ is al-Qureshi (القُرَشِيُّ). His full name, involving five patrilineal generations, is Abu Al-Qasim Muhammad bin Abdullah bin Abdul Muttalib bin Hasyim bin Abdu Manaf Al-Qureshi. The word “al-Qureshi” itself is attributed (النِّسْبَةُ) to the Quraysh tribe (قُرَيْشٌ), meaning that Prophet Muhammad ﷺ was a man who came from the Quraysh tribe. It also means that one of the ancestors of the Prophet ﷺ must be named Quraysh.

In Islamic jurisprudence, the Quraysh’s lineage is of particular concern in several cases, for example, in the process of selecting imam/leader in prayers, determining the type of animal deemed disgusting (mustakhbath), marriage issues, distribution of spoils of war, and even in the election of Great Imam (Caliph).

Among the scholars, there are those arguing that the person referred to as Quraysh was Fihr (the 10th great-grandparent of the Prophet ﷺ).

Some suggest that the person in question was An-Nadhr (the 12th great-grandparent of the Prophet ﷺ).

Some argue that he was Ilyas (the 16th great-grandparent of the Prophet ﷺ).

Of these opinions, the most accurate one is that saying that Quraysh is An-Nadhr. It is the opinion of ash-Shafi’i, An-Nawawi, Ar-Rofi’i, Ibn Sa’ad, Ahmad bin Hanbal, Ath-Thobaroni, Ibn Khaldun, Al-Qurthubi, Ibn Hajar Al-‘Asqolani, and others, including the majority of lineage experts. The proposition supporting this conclusion is the following Muslim’s hadith narration,

In the above hadith, Rasulullah ﷺ mentioned Quraysh as a descendant of Kinanah. Kinanah’s son is An-Nadhr. So, Quraysh is An-Nadhr.

The next question is, “Why was he called Quraysh?”

However, not all scholars agree upon this opinion. Some other opinions are considered more accurately explaining why he was called Quraysh.

Some argue that the Quraysh tribe was called Quraysh because it dominated other tribes as sharks dominate all fish and prey on them.

Another version says that the Quraysh tribe was called Quraysh referring to the pronunciation of “taqrish” (التَّقْرِيْش) which means “to collect” because they could be regrouped by Qushay bin Kilab who gathered the descendants of the Banu An-Nadhr bin Kinanah after previously scattered.

Another version says that the Quraysh tribe was called Quraysh because of their habit of making a living for people in need.

Another version says that the Quraysh tribe was called Quraysh referring to the pronunciation of taqarish (التَّقارِيْش) which means tijarah/trade, considering that most of them were merchants.